Home About Us Press Release 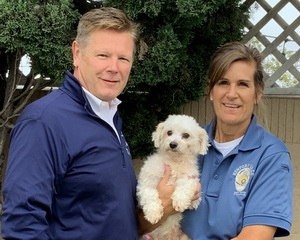 The hope is to engage 1200 new Founding Members through their website www.fonbas.org  with several goals, one being to ultimately to purchase a permanent animal shelter for the city.

“We are grateful and proud of our Newport Beach Police Department’s Animal Control Division, which is responsible for running the existing leased shelter in the Santa Ana Heights zoned for kennels, “stated President Tim Stoaks.

Stoaks explains, in 2016, with city council support, it was agreed that the community at large would be best served by running its own shelter -verses outsourcing services for lost and stray animals.

That led to the formation of the volunteer organization in 2017 with the mission of raising money in hopes of bringing a higher level of care to the city’s shelter services.

“Our goal has always been to be to make it easier for owners to find lost their lost animals, and to make every stray more adoptable by augmenting medical care above and beyond what the city would provide,” says Stoaks.

“We want all animals to be able to put their best paws forward and find a forever home,” he says.

Friends of Newport Beach Animal Shelter has been successful in these efforts,  and is now looking to take their fundraising to the next level by engaging the community in its latest membership drive.

“The support and love we’ve seen from the community has been great. I feel confident Newport will continue to embrace our vision and efforts for a permanent home for the shelter,” says Stoaks.

There have already been major donors stepping up to make this a reality, but there’s still more to do.

Through the Founding Members campaign on the organization’s website,  animal lovers can choose between various giving amounts and categories such as Puppy/Kitty- $25, to the Big Dog category for $1,000 and  levels in between, to help these efforts.

“Pets bring so much to a family’s dynamic, and we hope residents will join us and provide Newport with its own forever home for animals in need”, says Stoaks.