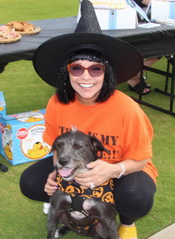 The Friends of Newport Beach Animal Shelter (FONBAS) hosted its first ever event – a costume party for dogs! The “Howl-O-Ween” party was held Saturday, Oct. 28, 10 a.m. - 12 p.m., at Marina Park, and doggies came out dressed in their best Halloween ensembles!

Prizes were awarded for Scariest, Prettiest and Most Newport Beach costumes, Best owner/pet ensemble, Best Trick and Most Personality.

The free event featured Vlad Roypate, the Russian Dog Wizard, who after the costume contest, offered tips on pet obedience as well as answered owners’ questions. There were also adoption opportunities on-site featuring a 4-month-old-pup Cowboy, dressed up with a monkey on his back); and kitties, Zoey and Bear, both four months old, from the Newport Beach Animal Shelter as well as a pick-a-prize opportunity drawing with great “doggie items.” There were also lovely planted succulent gardens, available for sale, with a table manned by Monica Mazur and Anita Perkings. 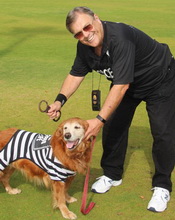 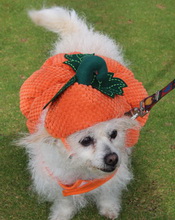 Prettiest - Pumpkin, age 7, a Miniature Poodle and Chihuahua mix, decked out in her adorable pumpkin headpiece and costume. 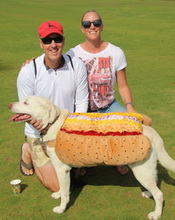 Most Newport Beach Costume - Scott, the 11-year-old Labrador Retriever, was dressed up like a hotdog, complete with onions, mustard and ketchup. Owners, Tom and Kelly Fischbacher. 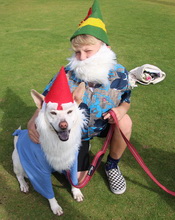 Most Personality - Kolbie, a 3-year-old Labrador mix, dressed up as an adorable gnome, along with his costumed sidekick, Evan Norsoph, age 12.