Home About Us Board of Directors

We are dedicated to providing a permanent, homelike animal shelter for compassionate care of stray and lost animals in our community.  Our Board of Directors and Advisory Board reflect the humane values that we all hold and the belief that a non-profit “friends” group is the way to enhance and assure a thriving and ongoing shelter. 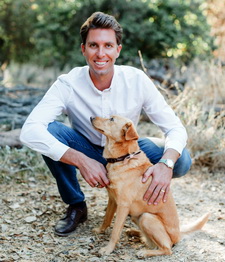 Jonathan Langford is a lifelong Newport Beach resident, graduating from the University of Southern California with a BS in Business and Real Estate. He is a real estate developer in Southern California and formerly served as advisor to a U.S. Congressman from California in Washington, D.C. He also serves as Chapter Advisor and Chairman of the Alumni Advisory Board to the non-profit social service fraternity Pi Kappa Alpha at USC. 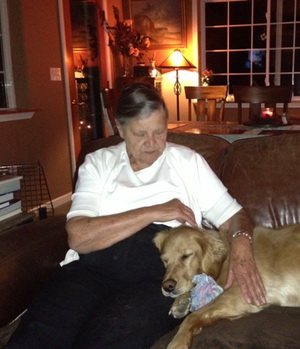 Jean Watt has been a permanent resident of Newport Beach since 1953.  With her husband, Dr. Jay Watt, she raised 3 daughters and a son who attended Corona del Mar Elementary, Lincoln Intermediate, and Corona del Mar High Schools.  She became involved in the community while serving as a Girl Scout leader taking her senior Girl Scout troop to a variety of animal shelters in Orange County while working on a badge and  was particularly impressed with the National Cat Protection Society which eventually opened a shelter in Newport – but could only serve a small percentage of the population of unfortunate animals.  From that time forward, Jean has believed we should have a state-of-the art shelter for Newport Beach and the opportunity arose when the city leased a shelter which the Newport Beach Animal Control folks could run.  When seeing this facility and the tender loving care they receive from the City’s Animal Control staff, the opportunity to start one more “friends” group for Newport Beach became a mandate... 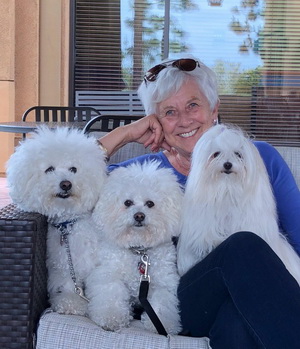 Sharon Esterley is a 50+ year Newport Beach resident with a long career, both paid and volunteer, in public and community relations, event planning and fundraising for the County of Orange, American Cancer Society, Orangewood Foundation, OC Transportation Commission, John Wayne Airport Improvement Project and more. She has been active as a volunteer or Board member of dozens of Orange County organizations including the American Cancer Society, American Red Cross, YWCA of South OC, Bowers Museum and Newport Beach Centennial. She earned her bachelor’s degree from the University of California, Berkeley. As avid pet lovers, Sharon and her husband Ron Rubino share their home with 4 dogs, 2 cats and a sometimes friendly Amazon parrot. 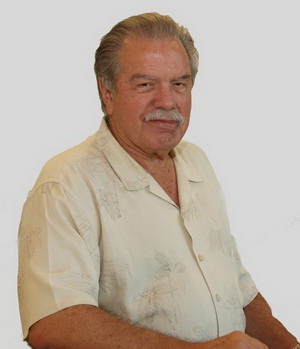 Walter G. Howald is a graduate of UCL A with a B.S. in Economics and English, and a UCLA Law JD.  He has practiced law in California and Orange County for 50 years and is a member of the California, Orange County and Federal Bar Associations.  He has served 25 years as an elected Trustee for Coast Community College District and on non-profit boards focused on education and the environment.  Currently a commissioner for the City of Newport Beach Parks, Beaches and Recreation Commission,  he is also Vice President of Friends of OASIS as well as Treasurer for Friends of Newport Beach Animal Shelter. 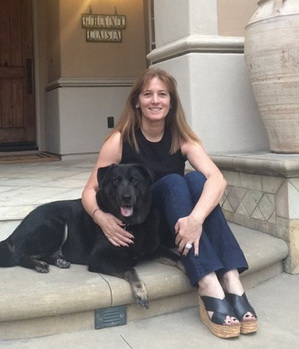 Robyn Grant earned her law degree from the University of Southern California Gould School of Law and bachelor’s degree from the University of California at Los Angeles.  She is the co-founder of StyleCon and teaches college courses in Business Law & Business Ethics at FIDM in Los Angeles, CA.  Ms. Grant has held appointments to the Newport Beach Civil Service Board,  Newport Beach Library Board of Trustees, and Newport Beach City Arts Commission.  She has also served on Boards of several nonprofits including Speak Up Newport, Friends of Newport Beach Animal Shelter and Leadership Tomorrow.  Ms. Grant has been a contributing writer for several publications, most notably her columns, “Civics in the City” & "Shelter Successes" in the Independent and “City Matters” in Six Degrees Magazine. 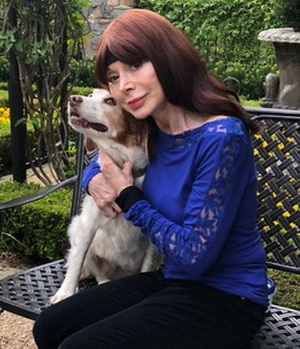 Shelter animals are so vulnerable and need loving care in a comfortable environment to bring out the best in them, making it easier to find forever homes.

I plan to use my past experiences to contribute to FONBAS’s goal of finding the best forever homes for our boarders as soon as possible. Some examples of these experiences include work as a financial reporter and interviewer on live T.V., and close involvement in building and designing interiors for numerous homes. On the volunteer front, I have supported efforts to make people aware of the true nature of unfairly maligned wolves. In addition, I have built playhouses for Project Playhouse, an annual Newport Beach event that aids the homeless.

As the saying goes, I hope to put my “heart and hands” into expanding the capacity and services to the already exceptional shelter in Newport Beach. 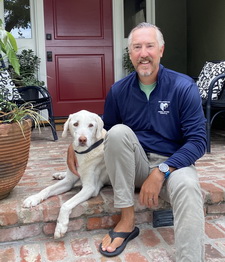 Tom Fischbacher has served the Newport Beach community for over 30 years as a Newport Beach Police Officer. Tom Served in a broad variety of assignments in his career from detectives to aviation. In the last several year's Tom managed the Newport Beach Police Department Animal Control Unit and was instrumental in the development of the current NB Animal Shelter model of service and concept for the Friends of the Newport Beach Animal Shelter (FONBAS). Tom has recently retired from his last assignment at NBPD as the Chief’s Executive Officer. Tom continues to value the potential of city and private non-profit partnerships to enhance community services as a FONBAS Board Member and sub-committee chair for facility development.  Tom is a University of California, Irvine alumni with a BA in Social Ecology and an FBI National Academy graduate, Class #262. Tom also serves on the board for Speak-Up-Newport and is on the board of directors for Harbor 20, Fleet 1, Newport Beach.  When Tom is not volunteering his time he can be found fishing offshore or sailing in Newport Harbor. 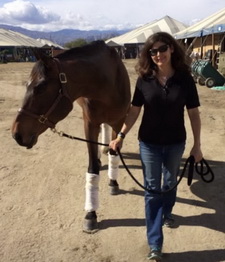 Sandy Meadows, married to Rob, is the mother of three adult children and a Newport Beach resident for the last 30 years. She is a Registered Nurse and her career included working in Operating Rooms and Emergency Departments. Now an active Volunteer, she is a Newport Beach Police Department Volunteer, Coordinator for the Joyful Foundation, as well as the Waldorf School of Orange County. Sandy and Rob support and promote the West Coast horseshow industry and enjoy watching their daughters compete nationally and internationally as Hunter and Grand Prix Riders. She envisions the new Newport Beach Animal Shelter as a premier facility, putting our ‘best paws forward’. 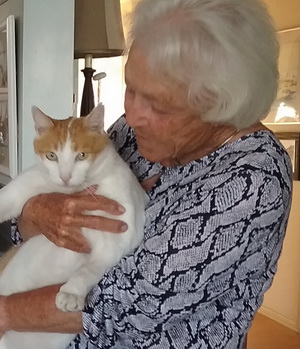